Born and raised in Canton, OH, to a Christian family who all love music. Dad played in several bands before I was born and was playing in a Southern Gospel Bluegrass group when I was young.

He taught me some chords on his guitar at age 8 and I never stopped playing. I moved to
GA in 1977 with a friend and about 7 years later my brother moved down and together we were in a band called Midnight Flyer. After losing our bass player I decided to give it a try and loved it and have been learning to play it since then. We added some pieces and became the EZ Street
band.

I took some breaks from bands over the years, but never stopped playing. I was brought up listening to Gospel and old Country and Western and it will always have a place in my heart, as well as, most all of the classic rock from the 60s, 70s, 80s, and some 90s with artist like Don Felder, Eric Clapton, Dave Mason and Tom Petty, just to name a few.

I am married to my best
friend and #1 fan NaDel. Her love and support is awesome. I am so excited and thankful to
be a member  of  Double Granite and to have the opportunity to play with not only
great musicians, but most of all great people.

​​Julie grew up in Iowa and moved to GA in 1999. She and husband Charles have 3 children. Julie works as an Assistant Controller in Peachtree City. 2 years ago, her career took her and family to Michigan, but they are glad to be back in Georgia!

As a child, Julie sang in various choirs. As an adult, she sang with A Capella quartets and choruses, including Song of Atlanta Show Chorus. For years, she has also been singing in church with small harmony groups.

In 2017, Julie sang briefly with a band that covered rock classics, but had to give it up when she moved to MI. Now back in Georgia, Julie is excited to be the lead singer for Double Granite! 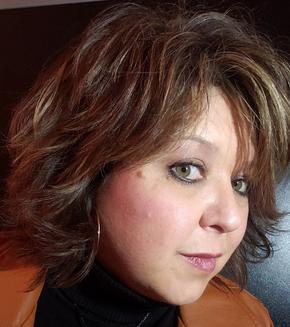 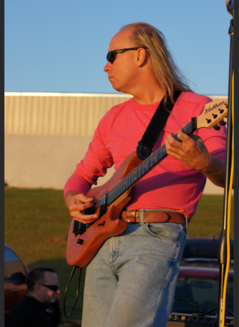 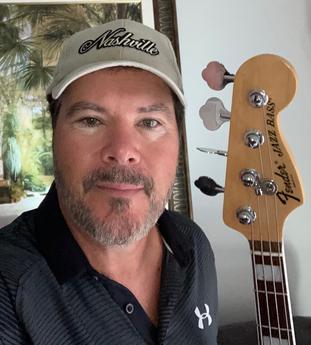 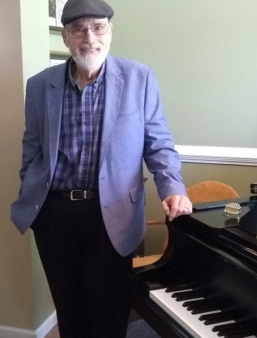 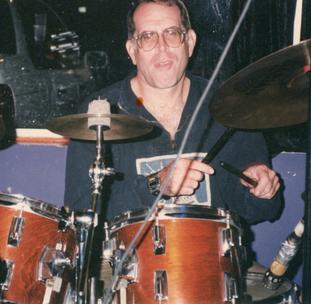 "Live music for any event"

​​​I was born in Jamestown, NY (The hometown of Lucille Ball, Natalie Merchant, and 10,000 Maniacs). I began playing drums as a teenager. My parents took me to see Duke Ellington when I was 16 and was blown away! I later met Rusty Jones, who played drums for the George Shearing Quintet and we became good friends. After meeting Rusty I began to study with Floyd Williams who had played with Carmen McCrae, Nina Simone and Lionel Hampton.  I played in a number of local bands and was fortunate to play with some great young musicians.  In 1974, I was invited to play with some NY friends who had moved to Nashville.  We then auditioned and became the road band for "The Vogues" That led to over a decade of touring stretching from Hawaii to Saudi Arabia. During that time I had the honor of sharing the stage with The Duke Ellington Band who had inspired me as a teenager.


​​I was born into a musical family where everybody sang and most people played instruments. I started playing piano when I was five, guitar when I was twelve, and I’m pretty sure I was born singing. I played in garage bands and dance bands all through high school and on and off throughout my adult life. Most recently I have played with the Checkmate Band from Turin, GA, and Gravity from Peachtree City, GA. In addition, I’ve always done a lot of solo gigs, on both keyboards and guitar, for restaurants, coffee shops, private parties, and all other occasions where people love to have live music.

I have been a church musician all of my life. I’ve been a pianist, a worship band member, a worship band leader, a music minister, a solo and ensemble singer, and just about everything else. I am currently the pianist for the Fairburn (GA) United Methodist Church, where I have served since 2018.

I am married to Carolyn, who is the love of my life. She’s also a musician – a pianist, an organist, and a widely published composer and arranger. In my house I’m definitely the underachiever!

Bottom line – I love to make music. I love to share my music and am thrilled to see people enjoying it. Whether they are dancing, singing along, listening, or enjoying time with friends and digging the background tunes, I am never happier than when I’m filling my space with the music I love. I am excited to be a part of Double Granite. They are excellent musicians and fun people who know how to rock and roll!

​​Originally from Memphis, TN, my family moved to Southern California at the age of 12 and I began playing guitar as a teenager, then joined the Army at the age of 18.

I was a member of "Quest" an "all soldier" band in Frankfurt, Germany in 1984.  I was fortunate to have a couple of good childhood friends that played guitar I decided to buy my own & looked in the paper and found a Sears Silvertone acoustic & I bought it for $20. Listening to the great sounds of classic rock in the 70's & 80's was instrumental in forming my musical influences which are Jimi Hendrix, SRV, EVH, Paul Gilbert, Neil Geraldo, to name a few.  After serving 20 years in the military, Ray formed Double Granite in 2013.